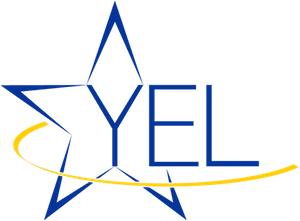 Youth7 – the voice of youth in the G7 process

Youth7 – the voice of youth in the G7 process 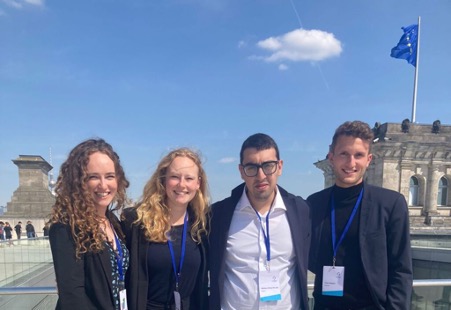 The G7 Summit is a (usually) annual meeting of the seven heads of state and government of France, Italy, Japan, Canada, the UK, the US, Germany and the EU as an additional observer member. The next meeting will take place in Elmau from 26 to 28 June 2022 as part of the rotating presidency.

In order to be able to take more opinions into account in the G7 process, the G7 countries also involve their civil society. In addition to Business7, Civil7, Labour7, Science7, Think7 and Women7, there is also a so-called “Engagement Group” Youth7 (Y7), which represents the voice of youth. The whole participation process is in the hands of us young people.

Four young people aged between 18 and 35 were allowed to participate per country. Each country was to be represented by one person in one of the four thematic areas: climate change, economic change, resilience of democracies and health. Due to the Russian war of aggression on Ukraine, there was an additional topic “Youth, Peace and Security”.

Starting with a kick-off event at the end of February, weekly meetings took place within the individual working groups to discuss topics and discuss common positions. Starting with a brainstorming session where everyone was allowed to name their most important issues, the most important points could slowly be determined. We advocated for example for the fight against global inequalities, the strengthening of ESG criteria (environmental, social and governance), the promotion of sustainable finance and fair competition. A first draft was summarised by the interim plenary.

The next step was the drafting of the final declaration. This was prepared in the run-up to the summit and finally continued in person in Berlin. This was accompanied by interesting contributions from experts on individual topics, such as the climate club, social security systems and economic transformation. In this phase there were also discussions about individual terminologies, so that national sensitivities and problems were taken into account. This allowed the delegates to get to know many new and different points of view.

The summit itself took place in Berlin from 16 to 20 May. As the whole organisation was somewhat short-lived, it was all the more impressive when the delegates first arrived on the scene and were able to see the high level of effort involved. The opening speeches, among others by Ms. Bettina Bundszus, Head of the Department for Children and Youth at the Federal Ministry for Family Affairs, Senior Citizens, Women and Youth, were followed by panel discussions on youth, peace and security, feminist foreign policy and the power of education. Afterwards, work on the final communiqué continued in stages, some of which lasted late into the night and only ended with the vote on the last evening.

The programme also included a visit by Family Minister Lisa Paus, a visit to the Bundestag and an exchange with members of parliament as well as an exchange with employees of the Federal Foreign Office. The highlight and final point of the Y7 Summit was the official handover of the communiqué to Chancellor Olaf Scholz on Friday morning. Printed on a large board, the statement was handed over by the chairpersons to the press. In addition, after a speech by him, we had the opportunity to ask the Chancellor pre-arranged questions about specific demands. The wide variation of interlocutors from government circles very successful.

It was not easy to summarise the different views and needs in a communiqué. Nevertheless, clear demands were formulated and published. Very difficult was the limited word count, which made it impossible to include background information, explanations or implementation strategies, thus making some passages difficult to understand for many. Finally, the demands are not fictitious, but often based on well-researched facts, studies and calculations.

With the end of the Y7 Summit, the lobbying of the decision-makers in the respective countries has now begun. For the delegation of the European Union, for example, in addition to meetings with MEPs, there was also a meeting with the G7 sherpa Frédéric Bernard within the framework of lobby days in Brussels. In general, politicians are very interested in at least listening to the opinions and meeting the Y7 delegates.

In addition, of course, as many people as possible should hear the demands and especially the youth should be informed about them. For this purpose, articles are written, podcasts are recorded, interviews are conducted and videos are made.